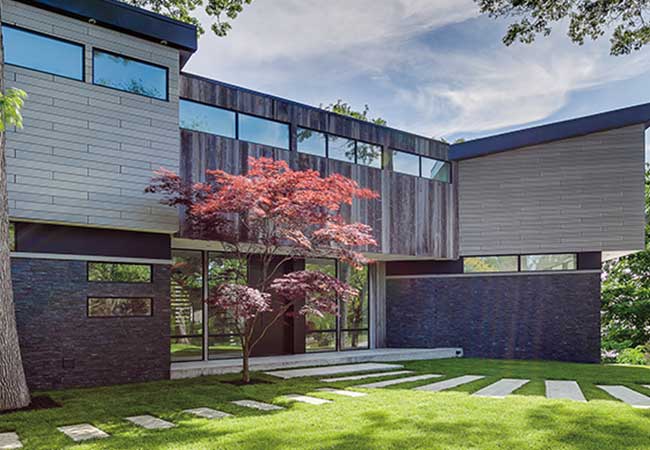 "Pella is one of the only suppliers we work with who is a one-stop shop," said Chad Nyberg, owner of PCS Residential. "When we started working with Pella for windows and doors, we cut down our process time by up to 25%."

In 2010 the team of professionals at PCS Residential in Eagan, Minnesota, realized something every contractor fears: They weren't finishing jobs on time. And since they knew that, in general, only 40% to 60% of construction time is spent working on the finished product, they decided they had to increase their efficiency and make every hour count.

Their first step was to uncover what was causing the delays. They discovered that products were arriving damaged or missing parts as a result of working with multiple suppliers with inconsistent quality standards. So they streamlined their business by working with the window and door supplier they trusted most - Pella.

"Pella is one of the only suppliers we work with who is a one-stop shop," said Chad Nyberg, owner of PCS Residential. "When we started working with Pella for windows and doors, we cut down our process time by up to 25%."

Nyberg said that the amount of time spent between winning a job and finishing the project was reduced by an average of two weeks once his crew started working with Pella. Not only did PCS cut down on errors to improve their overall margin, but they also saved time by taking advantage of Pella's prefinished trim service and prefinished window interiors.

"We used to do a lot of custom prefinishing. Going to the prefinished trim streamlined our process and has made it easy to ensure that the trim and window have a consistent and complimentary look," Nyberg said.

Brian Robbins, General Manager of Pella Minneapolis, said that to help PCS solve its efficiency problems and increase its margins, Pella's support evolved from a transactional model to a strategic model built on a strong relationship.

"We brought their team to our showroom to talk about how they can sell value to homeowners and sell products that will benefit them," Robbins said. "Our job is to help them succeed."

Nyberg said that since PCS teamed up with Pella, he's noticed significant time savings, fewer errors and fewer headaches for their employees.

Robbins thinks that the strong relationship between PCS and Pella is key to the increased productivity. Pella field techs will even go on-site with install crews to ensure that the process on jobsites goes smoothly, he said.

"It's less about taking orders and more about a partnership where we are truly interested in helping them grow their business."

With Pella, you get so much more than stunning windows and doors. Since 1925, we have been a leader in innovation, going beyond requirements to make beautifully designed products you can be proud to own.